As the Sunlight Foundation announced today, Open States is going to be passed along to us, a group of Sunlight alumni, with the goal of turning it into an independent, self-sustaining project.

We’re extremely grateful to Kat Duffy and everyone else at Sunlight for helping us to get to this point, and wanted to take some time today to explain who we are, what our plan is, and what we need from you in order to have Open States succeed. 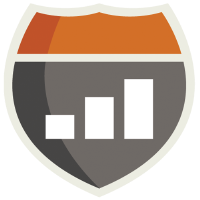 As soon as Sunlight announced that they’d be shutting down Labs, individuals and organizations started reaching out to me and other Sunlight alumni, asking what this meant for the future of Open States. Everyone wanted to know one thing: would there be a way for this project, that was community driven from day one, to continue without Sunlight’s involvement? My immediate optimistic answer was “absolutely.”

After all, we had sort of planned for this; when we started the project we had no idea whether Sunlight would want to continue it, or if we’d ever even find funding.

Open States has always been dependent upon a large community supporters, both technical and otherwise. And we’re encouraged that in recent weeks this community has so generously come forward, with offering server space, financial support, and other assistance. It’s great to see how much this project means to you, and that we all agreed this resource should not fade away, even as we lose institutional support of Sunlight.

But of course, it won’t be easy.

For most of its existence, Open States has had 3 full-time developers dedicating part of each week to its architecture and scrapers. The most recent incarnation of that core team, Paul Tagliamonte, Rachel Shorey, and Miles Watkins, left Sunlight in 2015. Over this past year the project was only afforded bare-bones staff, kept afloat by the valiant efforts of Andy Lo and those saintly volunteer contributors that have always made the project possible.

We are glad to say that, despite knowing the challenges ahead, we aim to ensure that the important resource lives on. I’ve talked with Miles, Rachel, Paul, Andy, and other volunteers, and all have made it known they are ready to step forward to ensure that we’ll have Open States in 2017 and beyond.

As we look forward, we’re asking for your help. The two things we need the most? Money and volunteers.

First we’re establishing a general support fund to cover the core infrastructure of the project. 100% of the money raised by this effort will go to project expenses. Because we know you’re taking a leap of faith by donating, we pledge to publicly account for every dollar we spend from these donations. We expect the bulk of the initial funds to be earmarked for server costs.

If you’re an individual who would like to donate to this general fund:

If you’re interested in making a larger or institutional donation, or funding a specific piece of development, such as a feature or particular state, please get in touch with us.

Second, we’re looking for individuals who are willing to help out in other ways. The main task would be to update and (in the future) maintain state scrapers, but we’d absolutely welcome other offers of support, including non-technical work. We’ve set up a volunteer survey to help us keep track of these kinds of offers. If you think you could help in any way, please fill it out and we’ll be in touch ASAP.

Our immediate plan is to run an essentially-static version of the existing OpenStates.org. We’ve spent some late nights preparing, so that there will be little-to-no interruption to the most-used portions of the site. This will ensure that applications relying on the Open States API do not break overnight, and that the historical reference material collected on OpenStates.org doesn’t vanish.

For the most part, we will not be scraping the remainder of the 2016. Most state legislatures are not in session, and we feel that this compromise is the best way to ensure we can focus on site stability and preparing for the coming year.

Once we are confident in the static site, we aim to start bringing scrapers back online ASAP. We can’t yet make any promises about specific timeframes, but we’re hoping to have most states online close to the start of their 2017 sessions. We’re beginning to look at options to incentivize developers to maintain states, although volunteers will continue to make up an enormous amount of the effort.

To kick off this effort, we’ll be organizing a hack day in DC, with the option for folks to join remotely. We’ll also be posting regular updates on this block to chronicle our progress. If you’re interested in being involved, let us know on the survey.

Beyond that we’re evaluating a lot of options to ensure that the project remains sustainable well into the future. We’ll keep updating here, and will certainly be asking for more community input as we evaluate various options. And to be clear: you are not going to see a paywall around the data, or any kind of restrictions on the source code; Open States isn’t Open States if it isn’t freely-accessible and open source.

So again, if you value Open States and want to see it succeed as an independent project, please consider donating today and/or filling out our volunteer survey. Thanks for your help!